An Introduction to Plant Biology 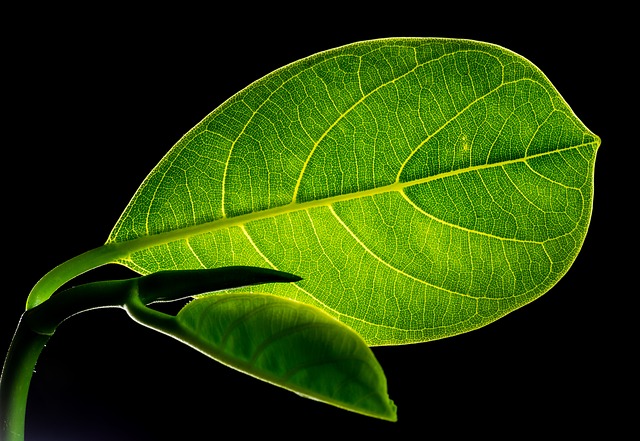 Leaf Image by Josch13 from Pixabay

In plant biology, plants are, for the most part, photosynthetic eukaryotes that make up the kingdom Plantae. In their respective environments/habitats, plants use water, light energy, and carbon dioxide (these being inorganic substances) to synthesize sugar/nutrients that serve as food for various animals.

In addition to synthesizing their own food, plants in different environments (aquatic, terrestrial etc) play an important role in the production of oxygen making them essential to all life on earth. Although plant biology enables photosynthesis (a unifying characteristic), different types of plants have various physical and genetic characteristics.

As such, they are divided into distinct groups that include:

·      Angiosperms - Plants that produce flowers and bear fruits (over 200,000 species of plants belong to this category).

·      Gymnosperms - Include Seed-bearing vascular plants (these plants do not produce flowers nor bear fruits).

·      Ferns and lycophytes - Characterized by organisms that have a vascular system but do not produce seeds and flowers and are not woody in nature.

More recently, in plant biology, studies showed that plants have a way of experiencing various harmful stimuli and "warning/sharing" this with other plants - Based on microscopic studies, calcium was found to play an important role in this sharing of information..

Between 2016 and 2017, as many as 2,000 new species of plants were discovered - Based on various research studies, it was concluded that these plants can be used for food, medicine as well as being sources of timber.

With regards to plant anatomy/structure, there are some single-celled organisms that share photosynthetic characteristics with plants (e.g. some Green algae). These organisms vary in terms of size, general shape/appearance and the types of organelles contained within the cell wall.

For a majority of plants, however, the general anatomy may consist of the following parts depending on the plant:

* Roots, the stem and leaves are known as the vegetative parts of plants.

Apart from the three main parts of plant biology, their  anatomy may also include:

Each part of the plant's anatomy is involved in given functions. Whereas leaves contain chlorophyll and chloroplasts involved in photosynthesis, the stem provides support for the shoot system while roots anchor the entire plant and take up water and minerals required for growth and development of the plant.

Although the parts of plant anatomy mentioned can be found in a majority of plants, some may lack one or several of these parts depending on their ecology. These aspects of the plant may also vary depending on where the plants are found. Plant cell biology structure based on their tissue:

·         Dermal tissue - Made up of various cells on the outer surface of the plant including epidermal cells, guard cells as well as hair cells located on leaves of the stem of the plant.

For plants, the mode of reproduction is dependent on the type of plant or their environmental conditions. Some plants reproduce through cell division of the parent cell, others require the participation of male and female organs.

The modes of reproduction include:

There are several types of asexual reproduction in plants that include:

·      Fission - Is a type of reproduction through which a cell divides to produce several cells that resemble the parent cell. Multiple fission observed in some algae occurs during unfavorable conditions.

·      Budding - A form of asexual reproduction where an outgrowth produced from one side of the parent organism ultimately breaks off to form a new organism. In plants, this method involves grafting of a bud (of one plant) on to the stem of another plant where it can develop to form a new individual.

·      Fragmentation - A form of asexual reproduction observed in plants like Spirogyra (filamentous green algae). During fragmentation, fragments of the organism that break off develop to form a new organism. This mode of reproduction is common among multicellular plants that break into several pieces following maturation.

·      Sporulation - Spore formation is a means of reproduction that occurs in lower animals (non-flowering plants) like pteridophytes. Here, spores produced through meiosis are released into the environment where they ultimately start germinating to form a new individual in favorable conditions.

Some of the plants that use this mode of reproduction include:

Given that vegetative reproduction/propagation involves growing new plants from parts of the older plant (roots, stem, and buds, etc) some of the techniques used for propagation include:

·      Grafting - Joining shoot part (scion) of a plant onto a lower part (stem or root) of the same or different type of plant (the stock) for continued growth of the scion.

·      Budding - Is similar to grafting but involves the use of an axillary bud. Here, the axillary bud is joined to the stock for continued growth. As in grafting, budding tends to be successful in cases where the two sections are closely related (e.g. orange and lemon plants).

·      Air layering (Marcotting) - A technique used to stimulate root production. Here, a wounded (cut) section of the plant is wrapped using moist sphagnum moss. A Black paper or aluminum foil is then used to cover the moss in order to prevent sunscald and conserve moisture. The plant takes several weeks of a few months to produce roots.

·      Cuttings - Another technique that is used to produce new plants from parts of a given plant. Here, a small part is obtained from a plant and grown to produce a new plant. This may involve using such parts as a piece of the plant stem or leaf (with a bud) to grow a new plant when grown in soil. This technique has been used to successfully grow such plants as grapes and bougainvillea.

Essentially, sexual reproduction is a form of reproduction that involves the formation of a zygote following fusion of male and female reproductive cells known as gametes.

In flowering plants, flowers serve as reproductive units of the plant.

Flowers consist of the following parts:

In plants, sexual reproduction starts following pollination. During pollination, male gametes in pollen from the same flower or a different flower (same species) are transported to the stigma which is the female part of the flower.

Here, wind, insects, birds and even water drops may play a role in the transfer of pollen and are therefore referred to as transport agents. In the case of insects and birds, they are attracted to the flower by bright colors or a sweet scent.

Following pollination, the pollen grain grows a thin tube that runs down the style towards the ovary. At the same time, the cell located in the pollen grain undergoes division to produce two male cells (gametes) that travel through the pollen tube to reach the female gamete in the ovule of the ovary.

Fertilization occurs when one of the male gametes fuses with the female gamete in the ovule thus uniting the haploid chromosomes of the two. The result is a fertilized egg (zygote) that contains a complete pair of chromosomes (diploid). The other male gamete fuses with the secondary nucleus to form a triploid endosperm nucleus. This, in turn, develops into an endosperm which is the source of food for the embryo.

* The embryo develops to produce a seed (dicotyledonous or monocotyledonous) which can develop to form a new plant when conditions are favorable.

* Depending on the plant, seeds may be contained within the fruits.

* In non-flowering plants like mosses, male and female structures are produced during plant development for sexual reproduction. Photosynthesis is the process through which plants use various inorganic material to synthesize food.

Some of the parts that contribute to photosynthesis include:

·      Leaves - Leaves contain chloroplasts in the mesophyll layer where photosynthesis takes place. Leaves also have pores (stomata) on their surface through which carbon-dioxide is absorbed from the atmosphere.

·      Vascular system - Water from the roots is transported to the leaves (and other parts of the plant) where it is used for photosynthesis.

·      Roots - Plant roots play an important role in absorbing water from the soil. The water is then transported through the vascular system to the site of photosynthesis.

* Chlorophyll pigment in chloroplast (in the cells of leaves) capture light energy used for photosynthesis.


Because of differences in environmental and climatic conditions, plants in different ecologies have adapted to different types of photosynthesis that include:

Plants that use this form of photosynthesis are known as C3 plants (about 83 percent of all plants). During the first phase of photosynthesis, carbon dioxide reacts with RuBP (ribulose 1, 5-biphosphate) two molecules of 3-phosphoglyceric acid which goes through the Calvin cycle to produce sugars and energy.

* C3 stands for the three carbon compound of 3-phosphoglyceric acid

* During hot and dry conditions, the C3 photosynthesis process has been shown to be highly wasteful of energy due to a process known as photorespiration.

In C4 plants, light-dependent reactions take place in the mesophyll cells while the Calvin cycle takes place in special cells known as bundle-sheath cells. In the first stage (in mesophyll cells) carbon dioxide is fixed by phosphoenol pyruvate to produce malate (4-carbon). Malate is then transported to the bundle-sheath cells where it is broken down into carbon dioxide and a 3-carbon compound.

* One of the biggest advantage of this process of photosynthesis is that there is a high amount of carbon dioxide for the Calvin cycle. This, in addition to the absence of oxygen means that the process does not suffer the effects of photorespiration

* The disadvantage of this process lies in the fact that during hot and dry conditions, Rubisco tends to use up more oxygen resulting in photorespiration.

About 10 percent of plants use CAM photosynthesis. These plants are usually found in very hot and dry environments and include pineapple, orchids, and cacti among others.

As compared to C4 photosynthesis where light reactions are separate, processes in CAM photosynthesis are divided into different times/periods. For instance, at night, plants open their stomata which allow carbon dioxide to be absorbed into the leaves.

* This form of photosynthesis is beneficial for plants found in extremely hot and dry areas because stomata remain closed during the day which prevents them from losing water. Following a number of improvements, scientists were able to identify individual cells which led to the conclusion that all things are composed of cells (cell theory).

Some of the other contributions of microscopy to plant biology include:

·      Identification of the different types of photosynthesis.

·      Studying the characteristics of chloroplasts (e.g. pigment content, the ability to move in response to stimuli, etc).

·      Currently, advanced microscopy is being used to determine ways of increasing yields through the manipulation of various plant processes.