Overview: What are Exosomes?

Exosomes are small (nano-sized, between 30 and 150 nm in diameter) extracellular vesicles released by most cell types in the body. They carry a number of materials including proteins, nucleic acids, proteins, metabolites, etc.

Once they are released, exosomes transport their cargo to specific neighboring or distant cells. As such, they play an important role in the cellular communication system by influencing given responses depending on the material they transport to the recipient cells.

As they are released by nearly all cells in the body, exosomes can be found in various body fluids including the blood, cerebrospinal fluid, milk, tears, plasma, etc.

Like other eukaryotic cells, stem cells also release exosomes both under normal circumstances and pathological conditions. Mesenchymal stem cells, for instance, contain proteins, mRNAs, and miRNAs that can alter the function and fate of the recipient cells.

*   Because of their ability to transport a variety of material to target cells, exosomes have been the subject of many medical therapies (exosomal therapy).

*   Other examples of extracellular vesicles are shedding particles and apoptotic bodies (they are generally larger than exosomes). 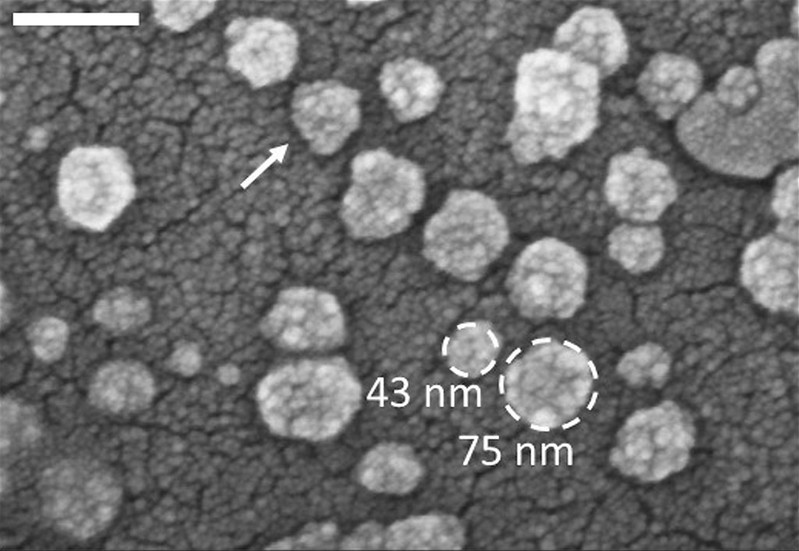 And what are Stem cells?

These cells are divided into several categories that include:

Because of their ability to differentiate and give rise to different cell types in the body, stem cells have become particularly important in medicine because they can be used to repair and regenerate damaged tissue. Currently, some of the most popular stem cell therapies involve bone marrow transplantation and repair of damaged tissue.

*   A fertilized egg and early blastomeres are considered totipotent cells. (Production of Exosomes by Stem Cells)

As is the case with many other cells, exosomes in stem cells are formed from the endosomes through a process known as exocytosis.

It's worth noting that the process may be triggered by external factors. In this case, the plasma membrane of the cell first invaginates to take in the stimulating factor into the cell. This inward budding of the membrane forms the early endosome that buds off (breaks off) from the membrane.

Given that the endosome forms from the inward invagination of the membrane, it also consists of the phospholipid bilayer. The endosome also contains some cytoplasmic content.

With the cytoplasmic contents, the endosome then becomes a late endosome which consists of intraluminal vesicles (ILVs) known as multivesicular bodies. The endosome can then move its content into the lysosome for degradation or fuse with the membrane to release contents out of the cell.

On the other hand, specific signals can influence the sorting and packaging of appropriate material into the endosomes so that they can be released into the environment and move to target cells in the body as exosomes. Here, the endosomal sorting (following the formation of early endosomes) results in the formation of intraluminal vesicles and multivesicular bodies.

The intraluminal vesicles then move to the cell surface from where it's released into the extracellular matrix. Here, the exosomes may contain mRNAs or proteins that serve as signals to the target cells.

*   The biogenesis of exosomes and their secretion is dependent on the endosomal sorting complex.

Within the cell, MVBs move by means of microtubule cytoskeleton as well as the directional transport of the cell membrane.

Following sorting and packaging, exosomes are released into the extracellular environment (secretion).

Contents of the exosomes are then transferred to the target cell through either of the following mechanisms:

The different types of contents sent from stem cells to target cells have different effects. RNAs are some of the most common cargo transported through the exosomes.

The different types of RNAs transported to target cells through exosomes include:

Once they are secreted and released via exosomes, these RNAs have the following effects:


Some of the other types of RNAs transported by exosomes include:

Advantages and Disadvantages of Mesenchymal Stem Cell Exosomes in Nanomedicine Mesenchymal stem cells are some of the well-studied stem cells. The exosomes released by these stem cells have several advantages over stem cells.

As mediators of stem cell paracrine action, exosomes circumvent these problems by transmitting information between the cells (stem cell to recipient cell). For this reason, the exosomes can be combined with newly developed methods to serve as carriers for a variety of particles to be transported to specific cells.

One of the biggest advantages of exosomes is the fact that they have autonomous targeting abilities. As such, they can be used to send specific signals to target cells effectively. This not only eliminates the necessity of interfering with stem cells (which can result in abnormal/unwanted differentiation) but also ensures that various particles (components) are effectively transported to the target cells using the autonomous targeting ability of exosomes.

Today, many studies and research have allowed for the development of synthetic nanoscale carriers like liposomes and nanoparticles. While these carriers have a number of benefits, exosomes are naturally biocompatible, they can travel longer distances to deliver communication signals, and naturally fuse with the target cells, etc.

For instance, as natural microvesicles, they are better at penetrating the blood-brain barrier than nanoparticles. For this reason, the combination of exosomes and synthetic nanoparticles is expected to yield better results in the future of nanomedicine.

Due to the advantages associated with exosomes, they are expected to play an important role in the following areas of medicine:

Return from Exosomes and Stem Cells to MicroscopeMaster home